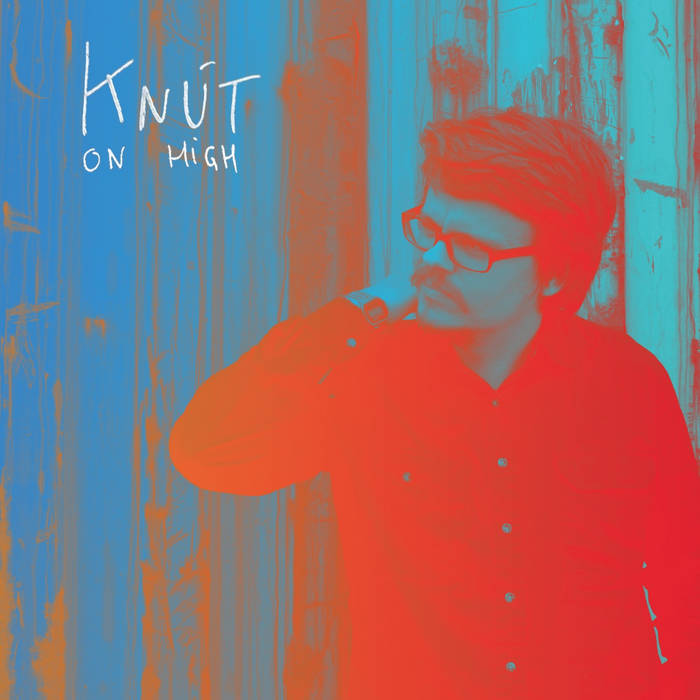 Knút (full name; Knút Háberg Eysturstein) sings, plays instruments & writes songs. A native of the Faroe Islands, he currently lives in the capital Tórshavn. Knút's third album On High is out now on Tutl Records. The album was preceded by singles ‘The Road’ and ‘Growing Old’.

The songwriting is guitar and piano based, and in keeping with the conviction that the most interesting music is made from the melding of different inputs, Knút draws inspiration from a wide variety of styles and genres. His upcoming album will feature a collection of brand new songs with touches of 70's americana and gospel.

The album is produced by Jens L. Thomsen (Orka, Eivør etc.) and was mainly recorded in the living room of Knút's and his sister’s old house in the middle of Tórshavn, Faroe Islands. The house where their grandparents and their mother used to live and were Knút has written many of his songs.

While his last album was a dark, brooding affair the new one is brighter and more outward looking. Knút attributes this change to the setting: “This old house used be the home of our loved ones and songs have been written in response to their passing. Yet this time around I didn’t want the songs to sound too dark and introverted. I rather wanted this album to be about life and light.”

Knút took his first serious steps within music as part of the vibrant, underground Grót community of musicians in the Faroes. A community which quickly came to the forefront, spawned the G! Festival, and was the breeding ground for bands like Clickhaze, Gestir, Eivør, Hogni and Petur Pólson. Through the years Knút has played keyboards and synths with Gestir, Marius, Hogni, Petur Pólson and Høgni Reistrup.

“To me, music has always been about transcendence and survival”, Knút says. “Not in terms of food and drink survival, but a survival of the soul. It’s always been my way out.”

And out he goes, bringing his brand new album with him across the ocean and on the road. Going way back, fast forward.

Knút is an artist and songwriter from the Faroe Islands. His third album is out now on Tutl Records. The album (produced by Jens L. Thomsen) features a collection of brand new songs with touches of 70's Americana and Gospel and was mainly recorded in the living room of Knút's and his sister’s old house in Tórshavn, Faroe Islands. ... more

Bandcamp Daily  your guide to the world of Bandcamp